You are here: Home / Uncategorized / Little boys and their guns 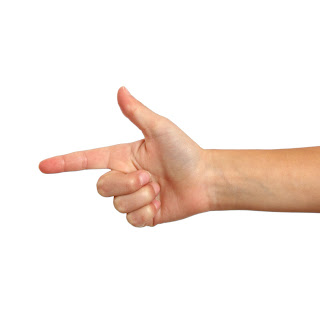 Let’s just put this out there.  I don’t like guns.
I don’t like a single, solitary thing about them.  They make me uncomfortable.
The general idea of them makes me all anxious and nervous.

I’ve obviously never fired one.  Maybe I would feel differently.  But I don’t think so.

I knew that having a boy would mean an eventual imaginary game with guns.  I mean, hell, even I played cowboy as a kid and we had toy guns!  I can’t even imagine that these days. Now you can’t even hold up your hand and make a shooting motion without offending someone.

Sunday night it happened.  Bug was shooting balls out of his helicopter toy and he said “mommy, I shoot you!” I stared at him blankly and dumbfounded.  “Um, let’s say something else honey” as he raised the helicopter to eye-level to shoot me again.  Then he proceeded to go into this toddler babble about the boy we played with a few weeks ago and how he “shooted” lots of things.

My husband looks over at me.  I make a face.  Since Bug was really talking about a water gun, hubs said “do you mean he squirted you bud?”  “No Daddy, he shooted me.”

I am totally and completely not ready for this.