You are here: Home / parenting / Why I’m Pretty Sure We’re Not Having More Kids

My kids are adorable, wonderful, fun and awesome. They do a lot that makes me laugh and they also have a knack for making me crazy.

The good FAR outweighs the bad.

But they both seem to have this inherent issue that just plain kills me.

Ok, that’s a slight exaggeration.  Of course they sleep. They just don’t sleep well. Both of them were well over six months before they slept through the night.  Miss E was nine months. I thought I was going to die.

At 18 months, Mr A started waking in the middle of the night. That “phase” that we just knew he’d outgrow lasted months. I was pregnant and already tired. Sleeping on the floor of his room was not part of my plan.

My daughter was a champion sleeper once she figured it out. She went down in seconds.  You gave her the lovey and pacifier – BOOM – she was out.

Then I went and effed it all to hell.  I took away her pacifier.

WHAT WAS I THINKING?

Ever since then she wakes at night.  Most nights.  On the nights she doesn’t (which are few), her brother wakes up. Sometimes, when I’m super lucky and clearly have irritated every sleep god in every religion there is, they BOTH wake up.  Like last night.

At midnight, there was a small boy human at my bedside. I took his hand, put him back in his bed and then just crawled in.  Yes, I hear that’s a big no no, but I didn’t care. I wanted to sleep.  Three hours later I hear SCREAMING.  I pop out of the boy’s bed and run down the hall to the girl human’s room, praying he doesn’t wake up too.

So when people ask me if we’re contemplating a third?  That’s a pretty loud and clear NO.

I’m not a very nice person when I don’t sleep. I yell. I lack patience.  I cannot even begin to imagine having a newborn and still having to deal with the other two in the middle of the night.  No thank you. Not for us.

Babies are cute, cuddly and make my ovaries sing with anticipation.  But I’m pretty sure we’re closing up shop.

A rested mama is a better mama. 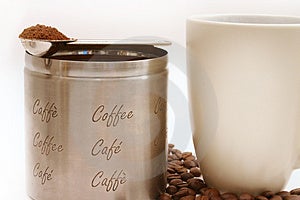