You are here: Home / movies / The Help: A Review and Commentary

I’m sitting here trying to gather my thoughts around what is the best book I’ve read in a long time and a movie that is sure to score some Oscar nominations.  If you live under a rock, I’m talking about the The Help. 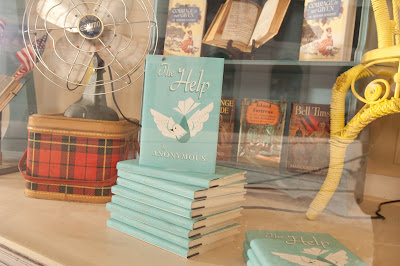 A novel by Kathryn Stockett, The Help tells the story of Skeeter Phelan, a young Southern woman who decides to write a book about maids who raise white children in Jackson, Mississippi. A compelling story that sheds an interesting light on a truly sad time in our country’s history, The Help made me laugh out loud and cry inconsolably.

Much to my surprise, the move kept in line with most of the story line.  There were only a few places that I was disappointed with the production’s decisions– most of them being around the character development of Celia Foote, the white trash Sugar Ditch woman, who has the pleasure of hiring Minny when no one else would, and the climax of Skeeter and Stuart’s relationship.    The relationship between Skeeter and her mother was slightly altered for the film, but I didn’t really mind that at all.

As much as I want to go into a full movie review at this point, I’m struggling with how the movie made me feel.  I remember turning to my friend in the theater and stating how glad I was that I was born in 1978 and didn’t have to live through that time.

As we walked out of the theater, my mother (my date for the evening) seemed lost in thought as well. I asked her if she’d ever had help as a child and she said the one time they did (they were a Navy family) was when they were stationed in Charleston.  She remembered that they all called her “Mrs Johnson” instead of by her first name like everyone else in the city.  My grandmother had told my mother and her sisters that because she was an elder, she was to be treated with respect and that meant calling her Mrs. Johnson instead of Maggie.

My mother also said that living in Charleston (early high school for her) was the first time she remembered encountering racism.  She got off the bus on the first day of school and there were some African American kids standing around with her.  She smiled and said hi and another white kid called her an “N Lover”.

I just stared at my mother as she told me this story.  I’m not ignorant.  I know all this happened (hell, unfortunately it sometimes still happens.)  But yet, I just can’t seem to get passed it.  This fictional story has caused me a lot of unrest and I can’t quite seem to shake it.

I HATED Hilly Holbrook’s character.  I know you’re supposed to — but I truly felt like every word out of her mouth was venom.  Bryce Dallas Howard did an amazing job with such a disgusting character.  Her voice dripped with poison as she smiled through all her insults. 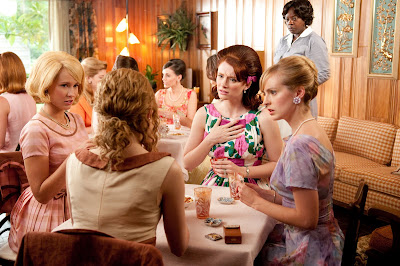 A pleasant surprise was Sissy Spacek as Hilly’s hilarious mother who sticks it to her daughter big time.  Sissy had my favorite line of the entire movie!

All that aside, this movie was MADE by Viola Davis and Octavia Spencer.  Anyone who doesn’t fall in love with Aibileen and Minny in this movie has absolutely no soul.  And if they aren’t nominated for multiple awards, then the Academy and all the other film establishments watched this film with their eyes closed and their ears blocked.  The relationship between these two women moved me immensely…as did the entire movie.

Five Stars.  Two Thumbs Up.  It’s a winner in my book.